Joyce Carol Oates in “How to Proceed”

A conversation about memories and loss, about her mother and grandmother, about writing, failure – and boxing. 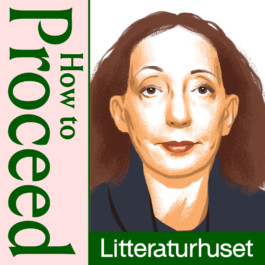 When the Covid-19 situation put a stop to Joyce Carol Oates’ planned visit to Scandinavia earlier this year, the arenas for Literature in Scandinavia, the House of Literature in Oslo, Louisiana Literature in Denmark and the International Writer’s Stage in Stockholm, worked together to make this conversation happen.

If you want to hear more of our in-depth conversations between writers, I hope you will check out our podcast How to Proceed, in which you can meet writers such as Ali Smith and Terrance Hayes, and, later this fall, names such as George Saunders and Edwidge Danticat.

I am extremely honored to welcome Joyce Carol Oates as my guest on this podcast.

Certain books and writers are important at a certain time of life – and then maybe you leave them behind. You grow apart. You don’t unpack them the next the time you move house. They disappear from your book case.

Joyce Carol Oates has moved house with me countless times, she’s been with me always, ever since I, as a young woman, started reading her. Her work is relevant. Bold. Vulnerable. Luminous. Visceral. 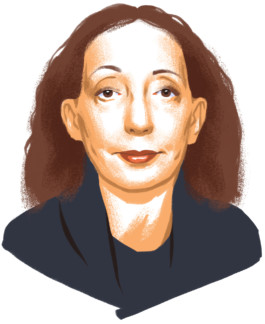 Perhaps you will recognize this feeling: You read something of her’s – fiction, non fiction, memoir, essays, lectures, literary reviews – and then you catch yourself thinking about it many years later, remembering where you were when you read it, the emotional impact it had on you, how it made you want to be more curious, more attentive, and if you are a writer, how it made you want to write.

Yes, she is one of the world’s most critically acclaimed writers, frequently mentioned as a favorite for the Nobel Prize. The core of her own work, according to Oates herself, is to “bear witness” through literature.

I’m so incredibly proud to be joined by Joyce Carol Oates, for a conversation about memories and loss, about her mother and grandmother, about writing, failure – and boxing.